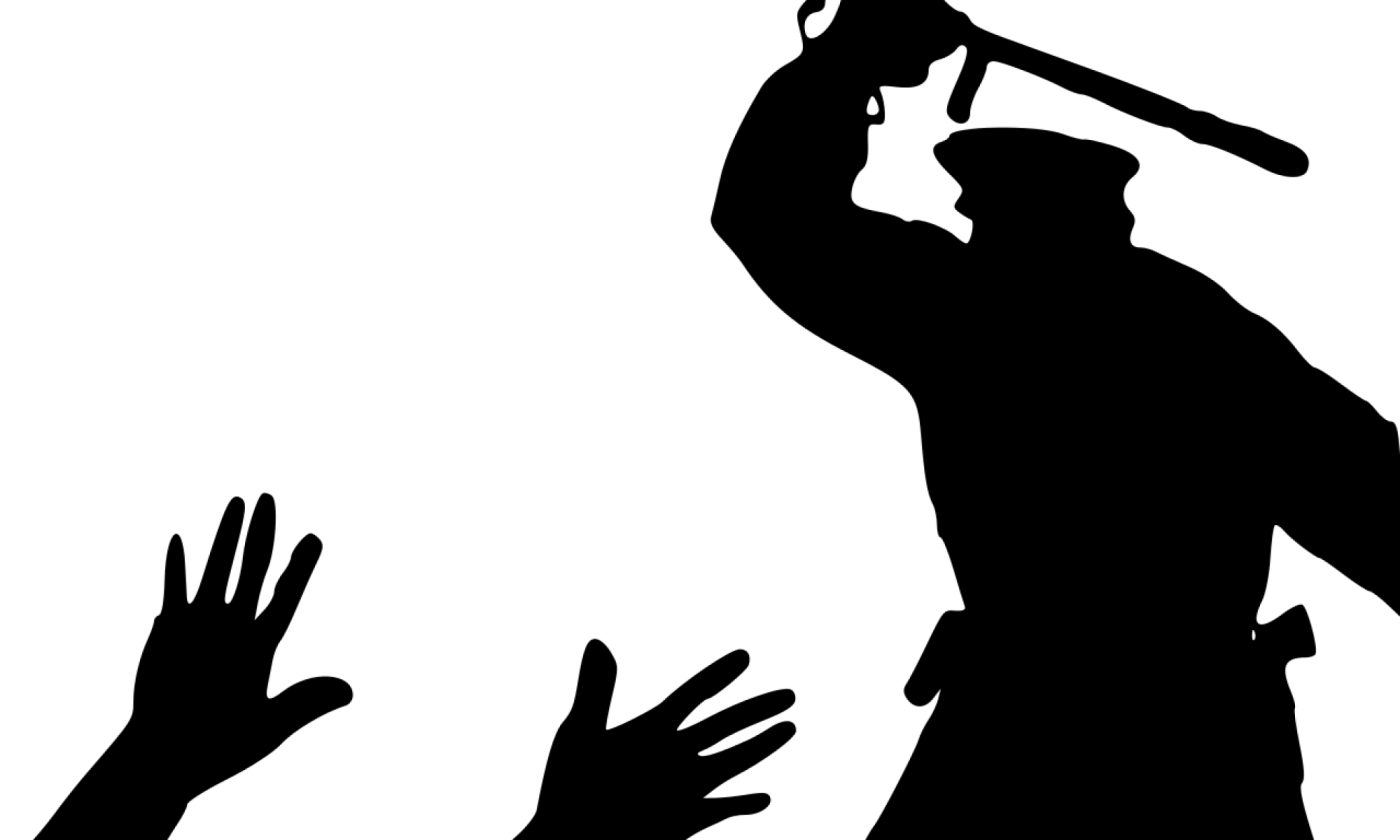 The three cops stared at Eddie, Van Gogh, and I, while we stared back. We had been at the foot of the stairs that led up to Bayview Apartments, in the alley behind the grocery store. It was mid afternoon, and we hadn’t been expecting trouble, but they were obviously looking for it, and we fit the description. Three freaks, alone, and out of sight.
The demand for information, wrapped in disdain. “What are you doing here?”
“Nuthin’.” I said, “Just relaxing. Why?”
“You’re loitering! Get out of here! Now!”
“We’ve got nowhere to go,” I responded, waiting to see how they would apply the law for homeless minors.
“I don’t give a shit! Get out of here!”
It was about power. They were flexing.
Eddie wasn’t having it.
“Fuck you, pig.”
Eddie was a big Puerto Rican, and loved a good fight. He had already beaten the shit out of one cop for trying to arrest him, and his sister fought three once, knocking out a female officer and stealing her nightstick.
I didn’t recognize these cops, but I could tell they had been fully indoctrinated to view us as a Satanic menace, and they wanted to let us know that we weren’t welcome.
The cop who had been talking put his hand on his gun, and asked, “How’d you like to get shot?”
Eddie walked forward, chest first into the much shorter man. “Shoot me, pig.” It was a calm, yet forceful statement. The action caused the officer to shove Eddie back a foot, but there was no fear in either of them.
I scanned the other two. One nervously put his hand on his gun. The other looked like he understood that this was getting out of control, and maybe, just maybe, there was a glint of recognition that it was all unnecessary.
I looked quickly at Van Gogh. He was capable for a 16 year old kid, but neither him or I were built to fight full grown men who were armed to the teeth, and Eddie wasn’t looking at how this could turn out. That was always my contention with him. He wasn’t stupid, by any means, and had run his own crew. He just knew one direction, forward.
All of this passed through me in a heartbeat. There was no pause between Eddie and the cop.
“Shoot me,” he said again, walking forward, “pig.”
The officer pushed him back again, with more force met by more resistance.
I knew we were going to lose. The other officers were emotionally gearing up, even the one that had doubts. He knew which side he was on.
I leaned toward Eddie, and put my left hand on his shoulder. “I like what you’re doing, but now’s not the time.” I said,  calmly, causing him to relax and not walk forward again.
The cops stared at us angrily, waiting to see what we would do. I turned toward the steps first, followed by Van Gogh, with Eddie straggling at the back. He never took his eyes off of the officer.
The officer stood there, with his fists clenched. “Don’t let me catch you alone at night!” he said.
Eddie gave him one of the most evil smiles I had ever seen on him, and without missing a beat said, “The night’s when I work best.”
As someone who always enjoys a quick comeback, I had to laugh. It was perfect, and lightened our hearts as we made our way up the stairs.

4 thoughts on “Summer Tension I”